The Merry Month of May

May Day (May 1) is a holiday rich in history and folklore, celebrating the return of spring! Did you know that May Day has its roots in astronomy? Traditionally, it was the halfway point between the spring equinox and the summer solstice! In ancient times, this was one of the Celtic cross-quarter days, which mark the midway points between the four solstices and equinoxes of the year.

As with many early holidays, May Day was rooted in agriculture. Springtime festivities filled with song and dance celebrated the sown fields starting to sprout. Cattle were driven to pasture, special bonfires were lit, and doors of houses as well as livestock were decorated with yellow May flowers. In the Middle Ages, the Gaelic people celebrated the festival of Beltane. Beltane means “Day of Fire.” People created large bonfires and danced at night to celebrate.

May Day has a long history and tradition in England, some of which eventually came to America. Children would dance around the Maypole holding onto colorful ribbons. People would “bring in the May” by gathering wildflowers and green branches, weaving of floral hoops and hair garlands, and crowning a May king and queen. Such rites originally may have been intended to ensure fertility for crops and, by extension, for livestock and humans, but in most cases this significance was gradually lost, so that the practices survived largely as popular festivities.

Originally, the Maypole was a living tree chosen from the woods with much merrymaking. Ancient Celts danced around the tree, praying for good crops and fertility. For younger people, there was the possibility of courtship. If a young woman and man paired by sundown, their courtship continued so that the couple could get to know each other and, possibly, marry 6 weeks later on June’s Midsummer’s Day. This is how the “June wedding” became a tradition.

In the Middle Ages, all villages had Maypoles. Towns would compete to see who had the tallest or best Maypole. Over time, this Old English festival incorporated dance performances, plays, and literature. People would crown a “May Queen” for the day’s festivity

The strict Puritans of New England considered the celebrations of May Day to be licentious and pagan, so they forbade its observance, and the springtime holiday never became an important part of American culture as it was in many European countries. Interestingly, from the late 19th century through the 1950s, the Maypole dance and festivities became a rite of spring at some U.S. colleges. Seen as a wholesome tradition, this celebration often included class plays, Scottish dancing, Morris dancing, a cappella concerts, and cultural dancing and music displays.

In the 1960s and 1970s, interest waned; the May Queen and her court became more of a popularity contest. Today, the Maypole dance is mainly celebrated in schools (from elementary though college) as a fun spring activity. 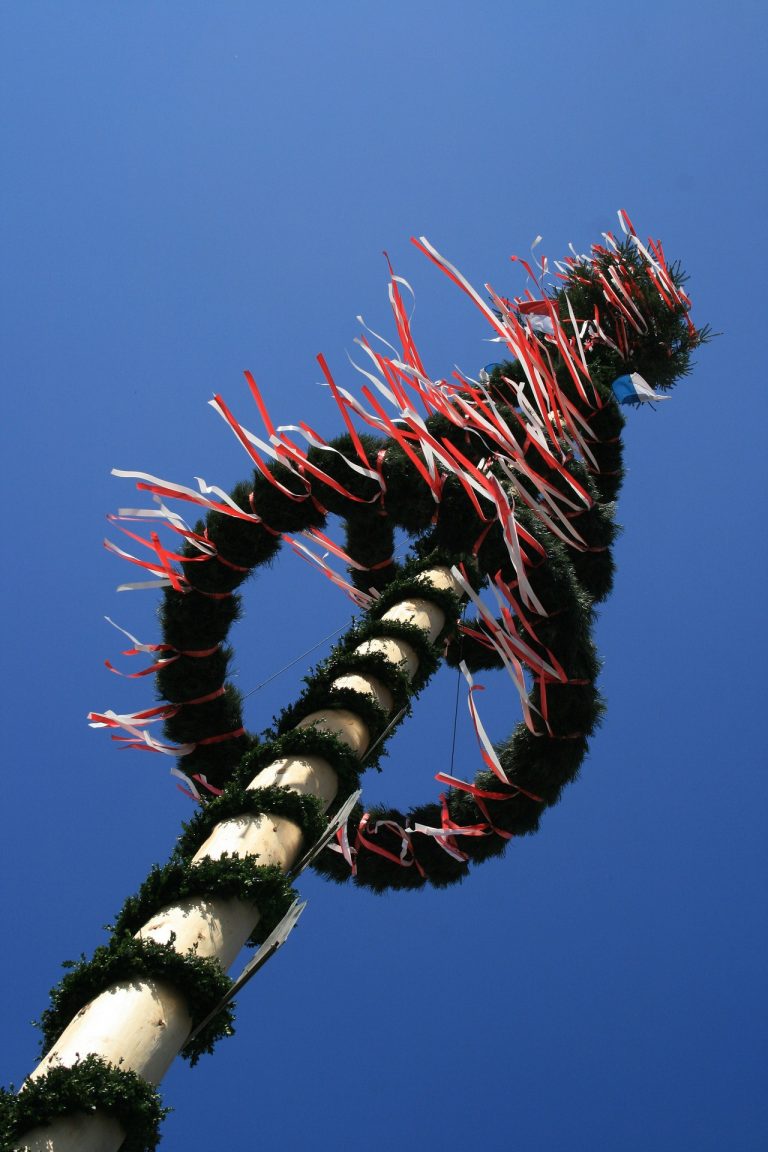